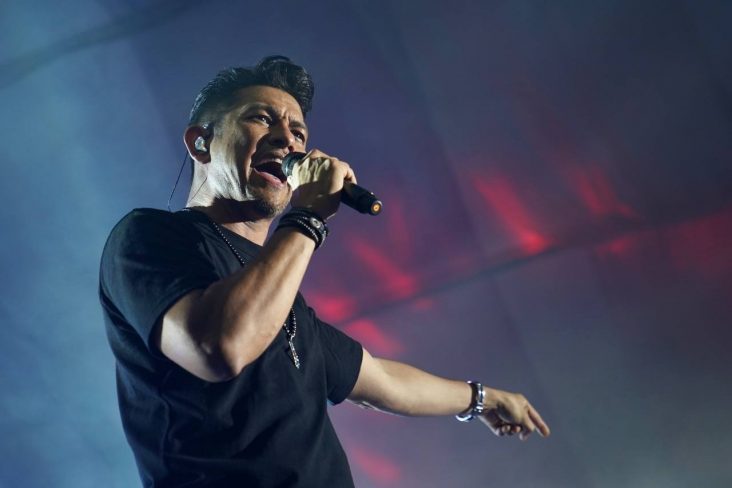 Gary Valenciano is back to doing what he does best: performing for live audiences, this time in a remarkable and much-awaited return to the USA for Gary Reenergized: US Tour Live. This concert series is a megawatt celebration of 39 unparalleled years in the industry, and it begins on September 30, 2022, at The Pantages in Seattle, Washington.

Ever the multi-hyphenate, Gary V’s outstanding achievements are a testament to how he continues to evolve, grow, and transform. His music has transcended generations and has persevered throughout the times. His artistry has influenced countless singers and his legacy is carried on as he mentors the best undiscovered Pinoy talents on the second season as one of the judges of Idol Philippines.  Mr. Pure Energy likewise inspired many aspiring musical artists as he was mentor, coach and judge for contests like X Factor Philippines, Your Face Sounds Familiar, Showtime’s “Tawag ng Tanghalan” while being the leading male performer in Sunday’s ASAP Natin ‘To for 18 years on ABS–CBN.

And not even the pandemic could dim the dazzling light of this multi-awarded musician, actor, television host/performer, music producer, and singer-songwriter. This US tour is Gary V’s way of marking his nearly four decade career with a stellar production under Star Media Entertainment in cooperation with Manila Genesis, GV Productions Inc., Zion Agency and Master’s Touch in cooperation with Music Arts International, Jeepney Production, and J3 Marketing & Productions Inc. with the support of Philippine Airlines, Tancinco Law Office, Seafood City, Kumu USA, The Filipino Channel (TFC), and ABS-CBN. 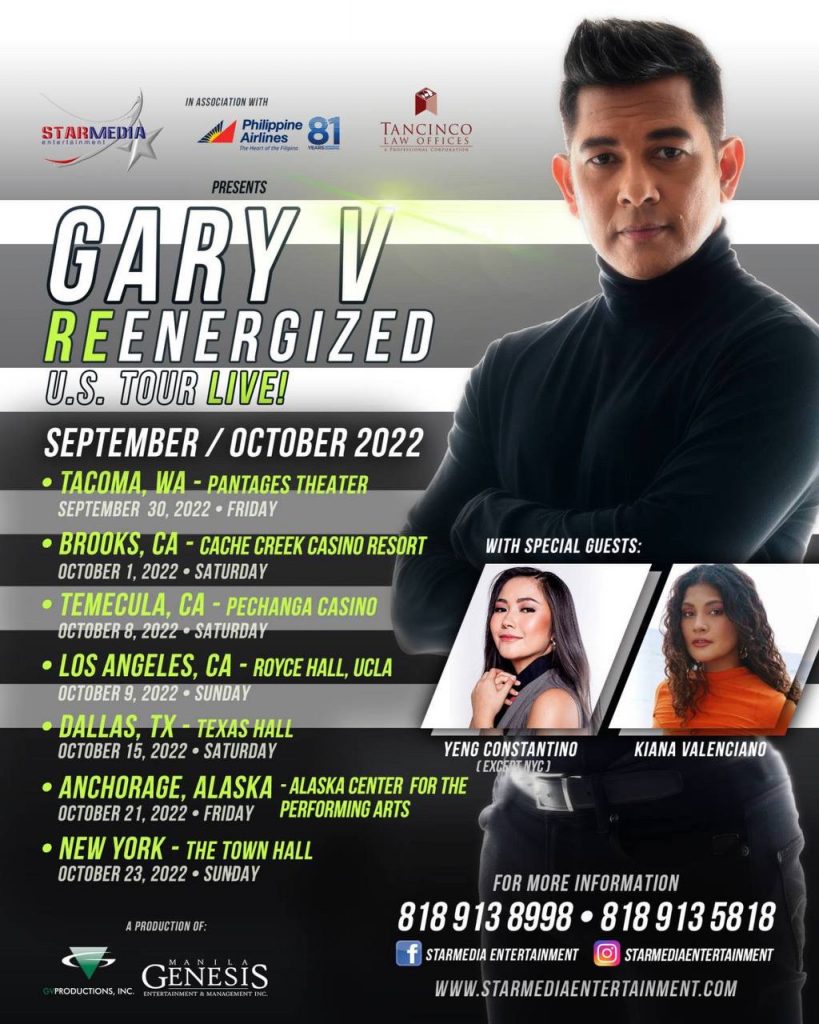 Set to join Gary V on this tour is Pinoy Dream Academy champion and pop-rock princess Yeng Constantino, who will be at the first six shows as his special guest, while his beautiful daughter, award-winning songwriter Kiana Valenciano joins him for the entire duration of the tour.

Gary V: Reenergized will be staged on the following dates and venues: October 1 at Cache Creek Casino Resort in Brooks, California; October  8 in Temecula at Pechanga Resort Casino; October 9 at the Royce Hall in UCLA

October 15 at Texas Hall in Dallas, Texas; October 21 at the Alaska Center for the Performing Arts, Anchorage, Alaska.

And finally, the tour culminates with a highly-anticipated return to The Town Hall New York on October 23.

Truly, there has never been any artist in the Philippines quite like Gary Valenciano as his life, his music and his legacy have touched and changed millions of lives all over the world. As he embarks on this North American journey, his hope has always been to move and re-energize people with the force of God, the one, true power that clearly is behind his pure energy. 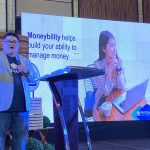 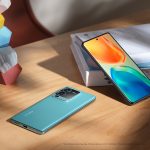