There may just be a few things we consider consistent in life. It could be that reliable friend who is always there no matter what happens. Or our suki lunch place that never fails to serve scrumptious meals every day. Or perhaps it’s our neighborhood taho seller who passes by every morning at 8 a.m. with no fail.

Now, you can add Globe to this list of life’s consistencies, as it lives up to its recognition as the Philippines’ Most Consistent Mobile Network in more ways than one.

Globe’s nationwide service is something that customers can count on day in and day out, with its network coverage spanning the entire archipelago, even far-flung areas. Globe currently serves more than 92 million customers including mobile, broadband and landline users.

In the first quarter of the year, Globe reached at least 250,000 more customers in areas where coverage and connectivity to use data, calls and SMS services were difficult, following the building of new cell site towers.

This figure includes 171,000 new mobile data users and 76,000 new mobile core users (call and text) in 309 cities and towns across the country, from Tabuk in Kalinga and Babatngon in Leyte to Panabo in Davao del Norte and Ipil in Zamboanga Sibugay.

In the same three-month period, the Globe experience in 4G/LTE and 5G improved for 687,000 customers in 668 towns. This includes users of Globe’s various brands, from Globe Prepaid and Postpaid to Platinum, and TM users.

This followed its construction of 1,407 new sites in 2021 through its P92.8 billion CAPEX. Globe allocated a total P89 billion in CAPEX this year, targeting 1,700 new cell sites to outdo its builds last year.

Globe’s network expansion is in line with its commitment to the United Nations Sustainable Development Goals, particularly UN SDG No. 9, which highlights the roles of infrastructure and innovation as crucial drivers of economic growth and development.

These builds aim to support growing demand for connectivity, as Filipinos rely heavily on digital technologies even as the country comes out of the worst of the pandemic.

Globe has always been at the forefront of exploring, tapping and introducing the latest technologies to serve its customers better.

Most recently, it scored another world first with the completion of its deployment of a new series of antennas that efficiently enables the acceleration of 4G and the evolution of 5G technology, which aim to boost its network and ensure energy efficiency. This complements Globe’s aggressive and accelerated 5G rollout, with 380 new sites fired up in the first quarter of the year.

Globe is also exploring the use of space-based broadband technology and has expressed interest in looking at possibilities in the metaverse. Globe’s wholly-owned corporate venture builder 917Ventures, on the other hand, is looking at how Web3 can be harnessed for new startups.

Globe has also expanded into a digital solutions group, offering various services to empower Filipinos whether at work, in school or in leisure.

KonsultaMD, Globe’s telehealth portfolio company that provides quick access to licensed doctors via mobile app, has meanwhile logged over 1 million users in over 50,000 retail outlets across the country, with partnerships with over 70 brands as of Q1 2022. Meanwhile, healthtech firm HealthNow has already served over 900,000 customers via more than 1,000 healthcare providers as of the same period.

As a critical service provider, Globe has always been there for Filipinos to support their welfare and help them get through the toughest times.

Globe raised a total of P36.7 million worth of donations for 16,000 families in the wake of Typhoon Odette, which devastated parts of the Philippines in December 2021. With partners Ayala Foundation, GMA Kapuso Foundation, and Rise Against Hunger Philippines, Globe also provided relief and support for 11,777 more families in affected areas.

In March this year, Globe completed network restoration efforts in Odette-hit areas in Visayas and Mindanao, where a total of 80 cell sites were toppled.

Globe also extended free roaming calls, texts and data connection to Filipinos in Ukraine in February, at the start of the conflict there. Here at home, Globe also consistently provides free call, charging and WiFi connection in areas stricken by disaster, including parts of Batangas affected by Taal Volcano activity.

It has also been vigorously promoting Internet safety, especially among children, through the #MakeITSafe campaign and the Digital Thumbprint program, which seek to protect Internet users from dangers that lurk online. Globe also actively blocks spam and scam messages in its network to protect customers from fraud.

Based on Ookla® Speedtest Intelligence® data, Globe logged a nationwide Consistency Score™ of 79.45 from January to March 2022, a rise from 70.43 in the same period last year. This was also an improvement from 79.02 registered in Q4 2021.

Ookla’s mobile consistency score is determined by the number of user tests taken that are above a certain speed threshold. The higher the ﬁgures, the more likely for customers to enjoy acceptable Internet performance and quality.

Meanwhile, Opensignal recognized Globe for having the Most Consistent Mobile Quality in the Philippines, edging out peers in the Excellent and Core Consistent Quality categories of the Opensignal Mobile Experience Awards*.

The independent global standard recognized Globe with the Excellent Consistent Quality award in its April 2022 Mobile Network Experience Report for the Philippines*, which used data from January 1 to March 31, 2022. Globe’s rating of 51.6 percent was 7.8 percentage points above the nearest competitor.

Globe was also No. 1 in Core Consistent Quality with 74.6 percent, outclassing the nearest contender by 12.8 percentage points.

“We want our customers to feel that Globe is there for them wherever they may be. Whether it’s for connectivity, or to address pain points through fintech, health tech or other digital solutions, Globe is ready to serve them with our #AlagangGlobe brand of care and compassion.  This is what being consistent is all about,” said Globe President and CEO Ernest Cu.

Most Consistent Mobile Networks in the Philippines :

in the Philippines for Q1 2022. Ookla trademarks used under license and reprinted with permission 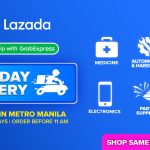 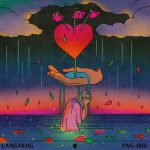